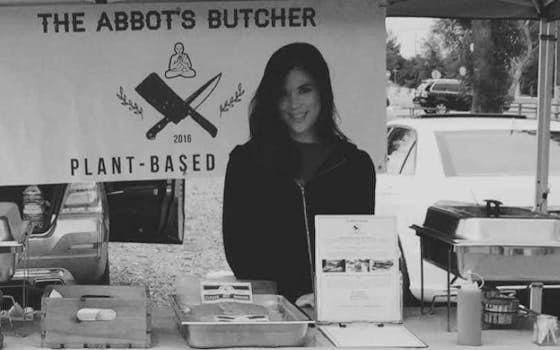 Utilizing premium and real ingredients, Abbot's Butcher produces plant-based meats that have both the depth of flavor and mouthfeel of regular protein. The name Abbot's Butcher comes from Abbot Kinney Blvd in Venice, California, where the vision of good tasting plant-based alternatives materialized. Additionally, Abbot Kinney himself was a great inspiration to the company due to his 19th century conservationist thinking which stresses the importance of growth, change and self-reflection. An essential ingredient that can be found in their plant-based products is yellow peas, which is considered to be a pulse crop. Pulses are necessary for regenerative agriculture - practices that help to reverse climate change by rebuilding soil''s organic composition and restoring soil biodiversity. Yellow peas also require a low fertility environment to flourish, meaning that they don't require a lot of moisture and water. In turn, Abbot's Butcher supports sustainable farming by reducing use of the planet's precious resources.

Abbot's Butcher is founded by Kerry Song, who started the company 10 years ago because she was diagnosed with an autoimmune disorder. Changing her diet for optimal health, she realized that plant-based alternatives on the market were full of preservatives, artificial colors and flavorings, and additives. That is why she set out to create products that are made from pea protein, vegetables, herbs, spices, oils and vinegars that both taste good and feel good eating. Beginning their journey in farmer's markets in 2016, they have now grown to natural grocers and restaurants. By bringing craftsmanship to the plant-based meat category, they are committed to bringing something better for both people and the world. 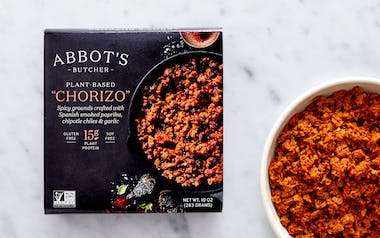 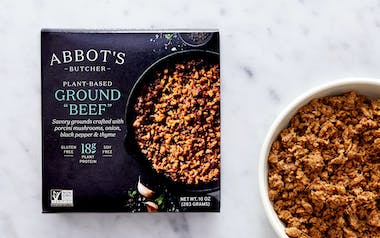