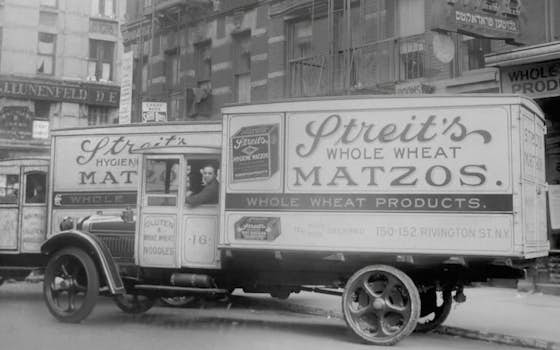 New York, NY
Aron Streit immigrated to the United States from his native Austria in 1890. Like countless other recently arrived Jewish European immigrants, he and his family found a new home in the Lower East Side of New York City. This convergence of new immigrants brought along old world traditions, a familiar language, and the collective resources to establish culturally-Jewish institutions from Synagogues, everyday business, and yes, even matzo factories. While life was by no means easy or secure—the very first tenement buildings along with the original “sweat shops” got their start in the Lower East Side—for better or worse, by the turn of the century 700 inhabitants per acre called the neighborhood home, making it the most densely populated neighborhood on the planet (New York, still the most densely populated county in America, today is relatively sparse with a little over 100 people per acre). With good reason The Library of Congress referred to this corner of the city in 1900 as, “the capital of Jewish America.”

In 1916 Aron Streit opened his first matzo bakery in the area, forming each cracker by hand to strict Kosher standards. They would later move to a larger space on Rivington Street in 1925 where they would continue to craft their signature and nationally reknown matzos for the next 90 years. Fast forward to the present and Streit’s remains the sole family owned and operated matzo bakery in America, currently run by 5th generation family members—Aron’s great-great-grandchildren.

If you’re following the math, Streit’s has been in operation for 100 years. In fact, since settling on Rivington Street, 2016 marks the first year their Kosher for Passover matzos were not baked in this factory. The long deferred decision to cease production in Manhattan was an inevitable business move, driven by the realities of a modern economy and narrow hard-to-access streets. Ask a current family member and they will proudly state they are just as committed to the business and quality as ever.

The unleavened irony of Streit’s current position is embodied by the factory’s scheduled demolition during Passover 2016. As the family business enters a new chapter, there’s no better time to reflect back on the storied production space they called home for several generations. The confined quarters, the century old ovens, and a resilient legacy that speaks to immigrant America’s OG cultural identity is documented in the freshly released documentary, Matzo and The American Dream.

Streit’s: The Taste of a Memory.
4 Products 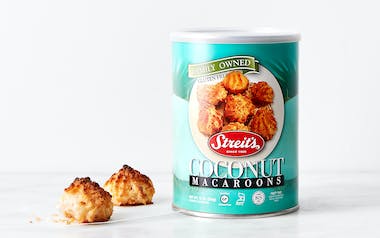 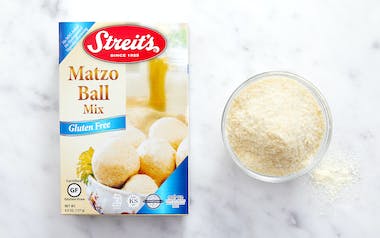 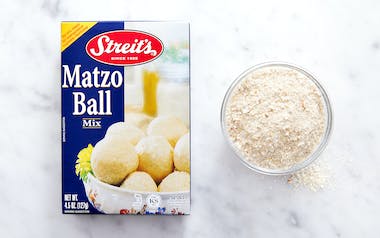 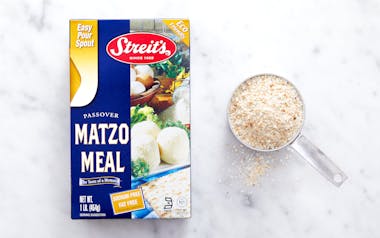