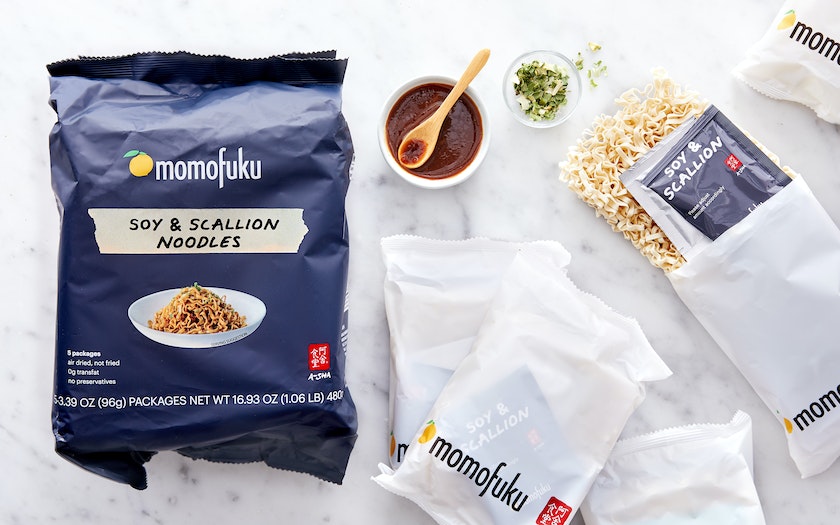 Momofuku's Soy and Scallion Noodles are special in that renown restaurant-level flavor is packed into convenient, packaged form. Their noodles are air-dried so that they retain the same level of nutrition as fresh noodles. The sauce is made from their soy sauce and sesame oil, which brings a nice balance between salty and sweet. The difference between Momofuku's noodles and others is that it contains twice the protein and zero cholesterol. 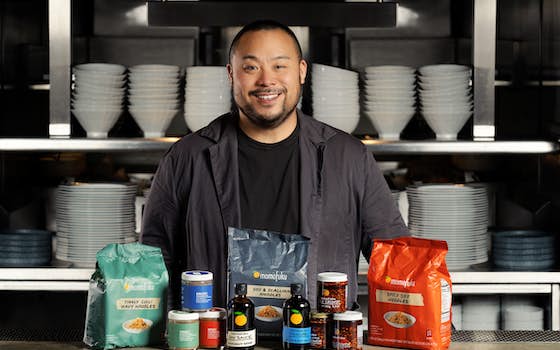 See All Our Products
Momofuku
New York, NY
See All Products
Momofuku
New York, NY
Momofuku was founded by David Chang in 2004. Since then, Momofuku has opened restaurants across the country and developed Momofuku Goods, a line of home cooking products with the same obsessive devotion to quality that propelled their restaurants to success. Good Eggs is excited to offer Momofuku at Home, an exclusive collaboration inspired by the powerful flavors and iconic dishes that have earned the group recognition the world over. These meal kits deliver convenience without compromise as only Good Eggs and Momofuku can. Read more
Sign In / Sign Up
Tomorrow 90039
Reorder