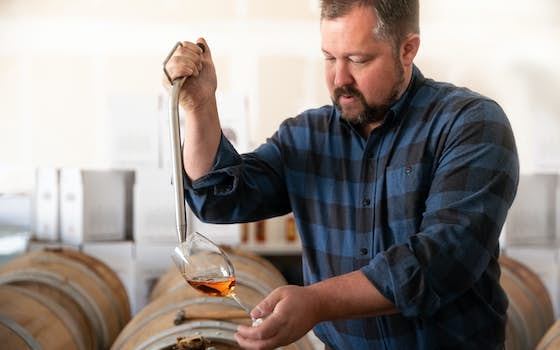 In June of 1846, 33 California settlers captured the Mexican Garrison in Sonoma and raised the “Bear Flag” declaring independence. The “California Republic” lasted 26 days before the U.S. Cavalry arrived. The republic supported the United States of America, raising the stars and stripes. This is a tribute to the spirit of the Lost Republic.

Lost Republic Distilling Co. was created on a napkin, at a bar, by two friends who met in kindergarten and have been cooking up schemes together ever since. Opening a Sonoma County distillery was a dream that they distilled into reality by taking the knowledge they picked up from their experience in the Sonoma County wine industry—putting a California twist on the whiskey world. Matt Weese, cofounder and former winemaker, puts intense care in the distillation and blending process. His attention to detail give their products the complexity and depth they are known for. They use premium white oak barrel and large copper pot stills, they are able to control every aspect of the product while staying true to craft,