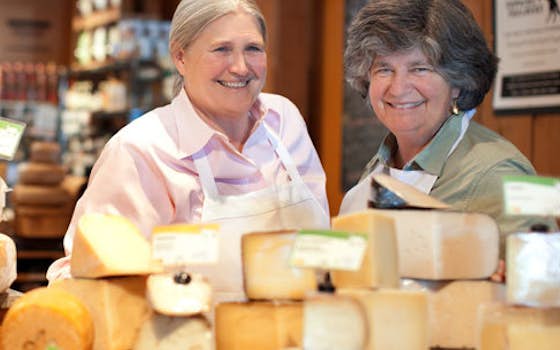 Pt. Reyes Station
This is the story of two friends, a baby blue Chevy van and a lifelong love affair with food. Sue Conley and Peggy Smith took a hippie trip to San Francisco in 1976 after finishing degrees at the University of Tennessee. Both established careers in some of San Francisco’s most famous kitchens: Peggy spending 17 years at Chez Panisse, and Sue co-owning Bette’s Oceanview Diner in Berkeley.

By the early 1990s, Peggy and Sue were ready for a new challenge. They found it in Pt. Reyes Station, a picturesque postage-stamp-of-a-town on the coast about an hour north of San Francisco. With their first-hand knowledge of the restaurant business, they launched Tomales Bay Foods, a marketing vehicle to help West Marin’s farms and dairies get their delicious products into the hands of the Bay Area’s finest chefs. Their first location, a renovated hay barn in downtown Point Reyes, featured a small cheesemaking room at the entrance to the building. It gave them ideas. Using milk from neighboring Straus Family Creamery, they began making delicious fresh cheeses.
Legend has it that when Peggy and Sue were exploring names for their budding cheese business, two women on horseback pulled up in front of the barn, hitched their horses to the bike rack and ran into the grocery store for supplies. Ellen Straus, who was visiting at the time, looked at Sue and Peggy and said, “We’re living in the Wild West out here.” Peggy’s response: “Then we must be cowgirls! And this must be the Cowgirl Creamery.”

Cowgirl Creamery cheeses are sold to over 500 stores, independent cheese shops, farmers markets and restaurants, and nationally through Whole Foods Markets. And true to their community ethos, Tomales Bay Foods continues to support and promote artisan cheesemaking, offering over 200 cheeses from all over California, America and Europe through their website and retail locations.
4 Products 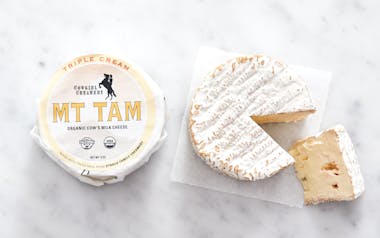 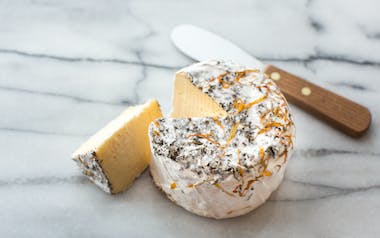 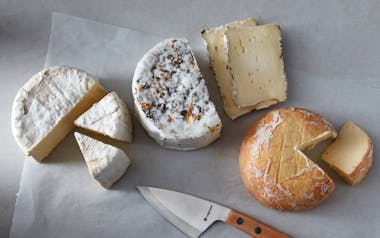 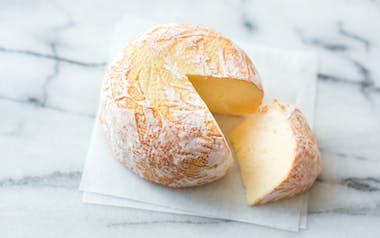