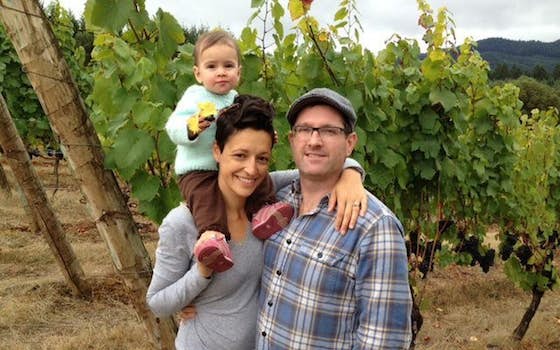 As a newly immigrated grocery store wine buyer in Portland, Scott Frank was always excited when local winemakers shared their interpretations of less typical grapes. He fantasized about creating his own winery devoted exclusively to such wines. Even after one of Oregon’s great contemporary Pinot Noir and Chardonnay masters, John Paul of Cameron Winery, drafted him as his unproven assistant winemaker in 2007, the thought of bottling Loire Valley varieties was never far away. So, in 2010 he had an offer for fruit he couldn’t refuse and that began this wild ride. Today, Bow & Arrow is a full fledged, subterranean winery located in Northeast Portland. He sources his own fruit from a small group of reliably outstanding farmers who were willing to take a risk grafting or planting the varieties they needed and to farm them in a way that was aligned with their beliefs. While there is no one “house style”, Bow & Arrow embraces a principal of drinkability and low-intervention; a humble word that embodies the spirit of wine drinking. The most important parts of that equation are the Willamette Valley and “humble.” The growing region is frequently approached as a grand terroir destined to produce prestigious wines with an implicit Burgundian influence. Still, the valley is as much a blue-collar agricultural area as it is a boutique wine destination. It’s as much a collection of relatively simple, clay dominated soils as it is home to multi-generation family estates and renowned AVA’s. Bow & Arrow uses a different template to explore this different, simpler side of the Willamette Valley. Instead of Burgundy, they pay homage to the refreshing and decidedly working class wines of France’s Loire Valley.