Riverside, CA
Banza, started by brothers Brian and Scott Rudolph, is on a mission to make nutritious food more accessible. When he was a kid, Brian was the pickiest eater. He stuck to three main food groups: chicken nuggets, french fries, and spaghetti. He would quite literally go out of his way to avoid vegetables. As he got older, he realized that nutritious food made him feel better, while those “three main food groups” just slowed him down. As a result, he started eating better, but still missed those go-to comfort foods, so he started experimenting in his kitchen to make healthier versions of his favorite dishes. Eventually, he created a delicious pasta from chickpeas. He realized other people were also craving a better pasta, so he teamed up with his older brother, Scott, and Banza was born.

Today Banza makes eleven shapes of pasta and four flavors of mac and cheese at their plant in Riverside, California. The noodles are gluten-free, non-GMO, and offer double the protein, four times the fiber, and 40% fewer net carbs than traditional wheat pasta!
5 Products 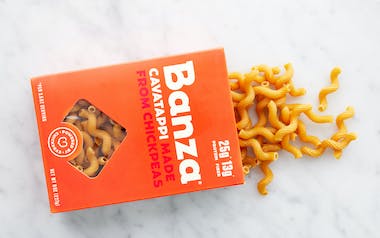 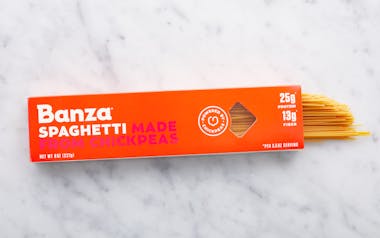 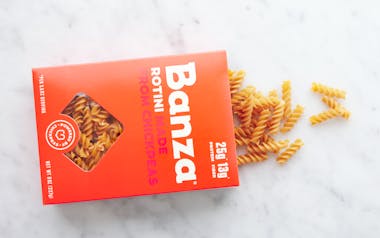 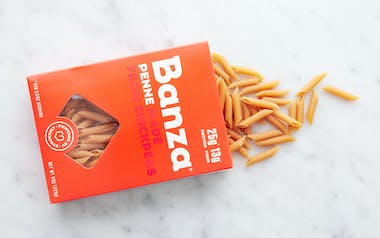 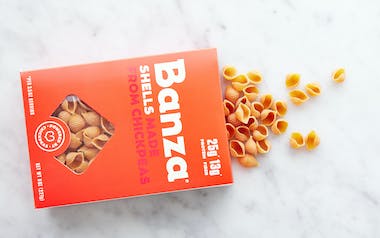