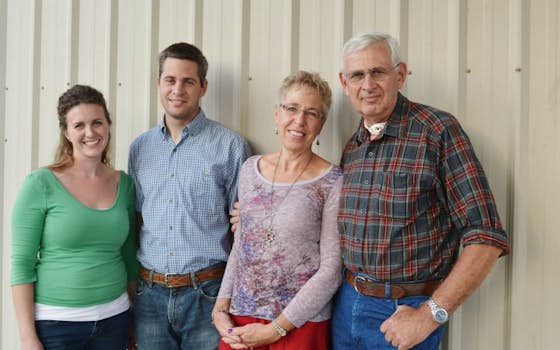 Oakdale, CA
In 1979, when Walter was 29 years old, he left his family’s farm in the Netherlands and immigrated to California with a passion for agriculture and a dream of building a better life for his future family. Two years later, he met Lenneke, his soon-to-be wife, on a return visit to the Netherlands and his dream took off.  Lenneke, who is always up for an adventure, happily returned to California with Walter. Shortly after, they decided that they missed Dutch Gouda. In 1983, Walter and Lenneke bought their first cheese vat, remodeled a small milk barn nestled in an almond orchard in Escalon, and began handcrafting Dutch Gouda, Quark and yogurt using Walter’s grandma’s recipes. Their store started as a self-serve operation in the barn, based on trust and a reputation for excellent cheese. Customers picked out their favorite cheeses from the refrigerator and left cash on the counter.

Today John, Walter & Lenneke’s son, is the head cheesemaker. He graduated with a degree in Dairy Science & Processing from Cal Poly San Luis Obispo where he further developed his passion for cheesemaking. One of his first contributions was adding the highly praised White Cheddar to their list of handcrafted cheeses. In 2013, John married Jessica, a valuable addition to the team. She helps with cheesemaking and constantly works to improve our gardens and business.

Although they've come a long way from the original milk barn, they still make small batches of handcrafted cheese with the same passion their family did four generations ago. Today they offer several varieties of award-winning Gouda and other specialties in their expanded full-scale cheese plant in Oakdale where customers can enjoy their cheese, relax and have a picnic under the trees next to the pond.
2 Products 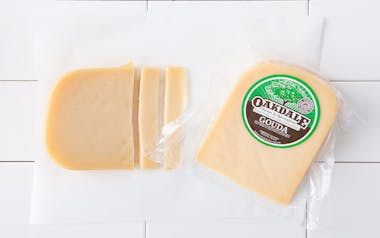 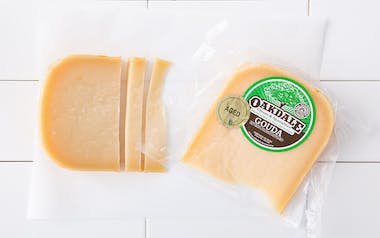