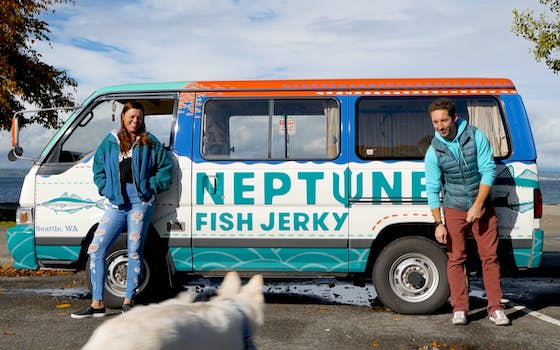 Neptune Snacks is an early-stage, mission-driven snack food brand that makes healthy, sustainable fish jerky. The company is passionate about improving the global seafood supply chain, by building a brand that is a conduit of change while solving major consumer pain points in the seafood category.

Neptune Snacks uses locally sourced fish from Oregon, Washington, and Alaska fishermen who steward wild fisheries heralded as models for sustainable management. Their West Coast Rockfish was called the “the greatest conservation success story you’ve never heard of” by the New York Times and their Wild Alaska Pollock has been rated the #2 MSC Certified fishery on earth. Beyond that, Neptune also utilizes ‘imperfect’ filets (undersized, broken, etc.) that might not have gone to their highest purpose despite being restaurant-quality.

In the US, 90% of the annual seafood supply is imported and only 1-2% can be accurately traced to the source. Many of their local, abundant species remain “underloved” simply because they don’t have the name recognition of tuna, salmon, and tilapia. Neptune exists to build value for domestic fishing communities that harvest responsible, nutritious seafood from the coastal waters. With every packet of jerky produced, Neptune Snacks provide 100% traceability back to the fish, fisherman, and fishery that it was caught.

Neptune's Founder, Nick, partly grew up on a cattle ranch in New Mexico but always loved the ocean. That passion took him into a career as a Stanford Marine Scientist, working in 8 countries, sailing on 3 trans-Pacific research expeditions, and even appearing on Discovery Channel's Shark Week tagging Great White Sharks in California. Nick saw that the seas have a tremendous capacity to produce healthy food through this work, but the current seafood system is rife with problems. Seafood is the #1 most internationally traded food commodity and the primary protein for 2 billion people worldwide, but half of the seafood goes to waste each year and the vast majority of seafood is not traceable to sustainable, ethical sources, leaving consumers powerless to make responsible purchasing decisions.

With friends and family constantly asking Nick questions about "what fish is safe", "what fish is sustainable" and "how do I cook this?", it became obvious that seafood has a serious user experience problem. The idea for fish jerky, and Neptune, came together while discussing value-added beef products back on the New Mexico cattle ranch. Sustainable fish jerky was a way to create the seafood sustainability model that is needed to tackle big industry problems and give people a way to enjoy delicious, healthy, responsible fish on the go. The vision attracted Co-Founder Garrett, a best friend from Stanford, to jump ship from his job as a corporate CFO, and Jessie, a seasoned snack food veteran with experience at KRAVE Jerky, Matchabar, and a dozen other food brands. 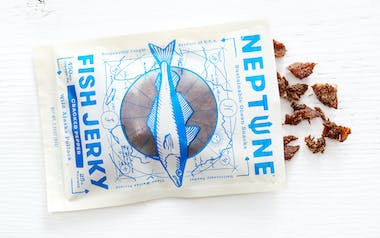 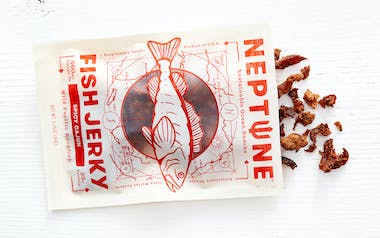 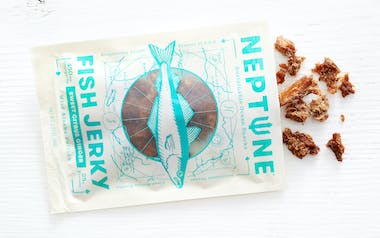