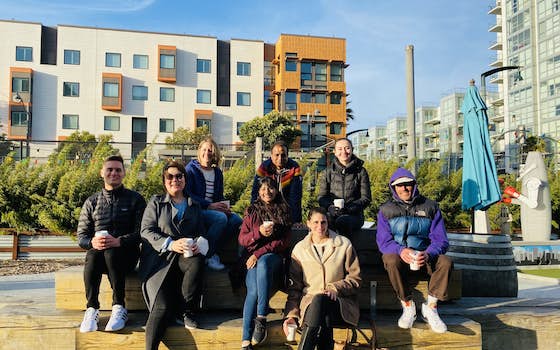 Hooray Foods is a San Francisco based start-up that is rooted in the culture of the Bay Area. Hooray's Bacon recipe was developed by founder, Sri Artham, in his home kitchen in 2019. He saw how the world's meat consumption habit was detrimental to local communities, the climate, and animals. Although a bunch of plant-based meat alternatives already existed in the market, he had yet to see or taste anything that could reasonably replace one of the most popular meats out there - bacon. After experimenting in his kitchen, he finally created his version of a plant-based bacon and realized that he was on to something when a couple restaurants immediately wanted to use his product. Since then, Hooray has continued to grow in both team and distribution! Their plant-based bacon is made out of ingredients that are gluten-free, soy-free, nut-free, nitrate-free and 100% vegan. Hooray Foods is on a mission to combat climate change, enhance the world’s ecosystems, and prevent animal suffering, all by providing people around the world with delicious food that gives them the same experience and joy as eating animal products - Hooray!! 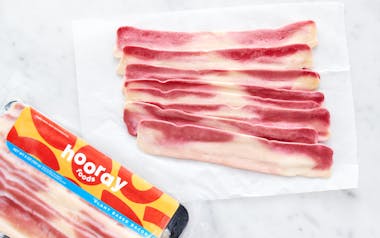