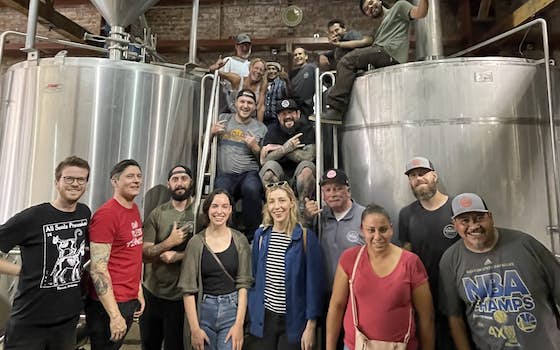 Headlands Brewery was founded in 2013 in Marin county, but has most recently found its home in the East Bay. They have a new brewery in Pittsburg, CA, a city in constant progress and growing into a bustling town with a tight community. They also have a taproom in Lafayette and Walnut Creek. Some of their current partners include East Bay Regional Parks, Parks Conservancy, Bay Area Ridge Trail, Save Mt Diablo, and more. They create beers in traditional styles while experimenting with new styles. They strive to be a responsible business and and actively partake in non-profit work. Headlands donates 1% of all revenue to environmental causes, as part of the 1% For The Planet group of companies.