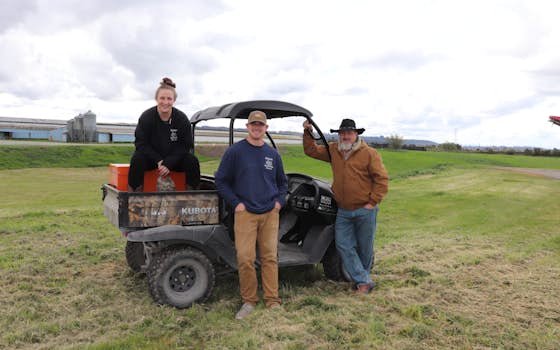 The Glaum Egg Ranch heritage started back in the early 1920’s by John H. Glaum, in thtite small town of Alexandria, Nebraska. It was almost unheard of to support a family of six with only egg producing chickens. The gamble and risk was so great. The first chicken house John built housed 400 white leghorns. Soon his “Model Poultry Farm” as newspapers were calling it, won recognition for his innovated techniques and expertise in the poultry business. As business grew, John added Glaum’s Hatchery and Feed Mill, hatching baby chicks, along with grinding, mixing and manufacturing his own brand of feed to be used for his own ranch and selling to others. After many years of success as a chicken farmer, in 1946 John and his wife Pearl, along with his youngest son Marvin, moved to California to be near the rest of his children who had moved out earlier. This is where the next generation of the Glaum Egg Ranch continued in 1953 in a small town of Live Oak (Santa Cruz County), California. When John H Glaum died in 1952, his son Marvin, serving in the Korean War, returned home to continue the family business.

Today, the main goal of this family-owned and operated ranch is to make sure that the health and welfare of the chicken is being maintained at above- standard conditions. Producing the freshest eggs for customers along with providing exceptional, personal, customer service is the top priority. In 2005, the Glaum Egg Ranch expanded its business into the CAGE FREE and ORGANIC egg lines. We purchased land to accommodate for the expansion and are committed to continuing the family legacy for many years to come. We received the high honor of being the first egg ranch in California to be Certified Humane Farm Animal Care. We will continue to strive for egg-cellence as we face changes in the industry against the other chicken farmers in California and the United States all together. 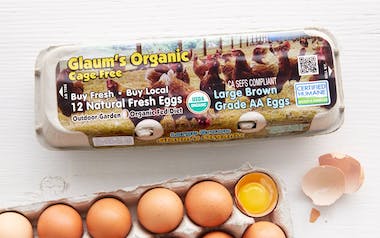