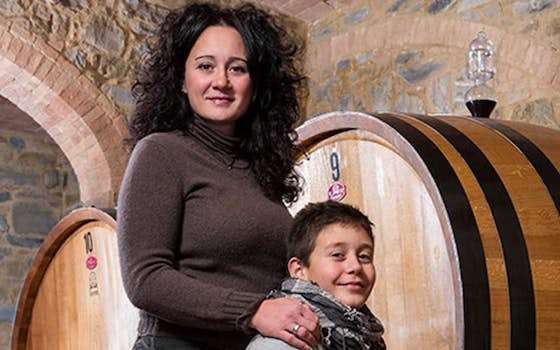 When Jessica Pellegrini’s father, Nerio, purchased the land that would become Fattoria del Pino’s vineyards, he never expected his family to make wine there. He acquired the land in 1998 with an eye toward using it as an investment property. Over the course of the next couple of years, Jessica broke down his defenses and convinced him that the family should make their own wine there. Beginning in 2000, Jessica started planting and growing Sangiovese, the most famous grape of the region. By 2010, they had built a skeletal but impeccable cellar, complete with a single table that functions as a tasting room. As you might expect from such an origin story, the wines of Fattoria del Pino are truly homemade. The farm features a large degree of biodiversity, all fermentations are spontaneous, and aging takes place in huge Slavonian botti, a hallmark of traditional winemaking in Montalcino in particular and Northern Italy in general. In other words, this is Brunello how it used to be made, on a small-scale and with care and attention to both the finished wine and the land it comes from.