Reuilly, France
The vineyards of Domaine de Reuilly have quite a history. The land first became a vineyard in the 7th century when King Dagobert I gifted it to the Royal Abbey of Saint Denis. The abbots tended the fields as a monastic winery. It changed hands through the centuries, until phylloxera had ravaged the majority of the vineyards in the region during the late 19th century.

Eventually, the vineyards were purchased by Camille Rousseauin. In 1935, he planted his first vines here, in addition to tending a large oak forest on the outskirts of town. Camille's grandson Denis Jamain is now the proprietor and head vintner, where he makes classic Loire Valley Sauvignon Blancs and Pinot Noirs. Denis is proud of his natural farming techniques—in 2007 the Domaine was certified organic, and in 2016 was certified biodynamic.
1 Product 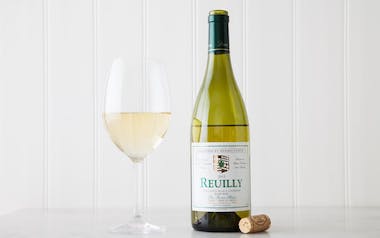