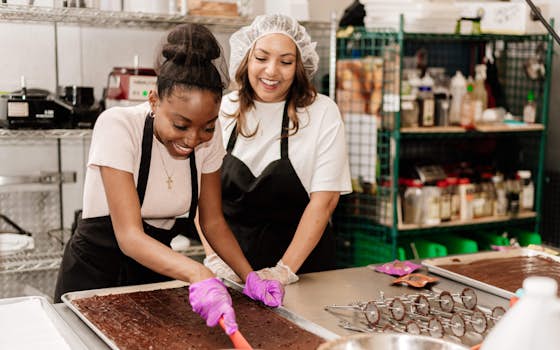 Dalci is a small business that is woman-owned by a woman of color and immigrant. Najwa Khan, MPH, is a gut-health advocate that founded Dalci in 2020 due to facing years of chronic pain and gut issues due to a processed diet. When trying to find healthy desserts, she kept encountering ones that had chemical alternatives, natural flavors, bad oils, and sugar alcohols. Thus, she created Dalci, where her products are gluten-free, sugar alcohol free, free of gums, emulsifiers, natural flavors, and additives, dairy free, soy free, and refined oil and sugar free. Dalci comes from dalchini which is cinnamon in Bengali - an ode to the countless hours founder Najwa spent in the kitchen baking South Asian treats with her family. They make their product at a commercial kitchen in Kearny, NJ with a team made up of health enthused backers. As a whole, Dalci is an inclusive company that ensures their values are shown not just in their products, but in their work practices, day to day. Due to the pandemic, many bakers that are currently on Dalci's team had lost their jobs, but now they are able to be part of a growing CPG startup while also producing baked goods with love. The key differentiators is that Dalci's ingredients are gut friendly (low inflammation & natural digestive enzymes) and nutritional while tasting great. Dalci's mission is to bring the busy modern sweet tooth a convenient dessert they can enjoy from their tastebuds to their gut. 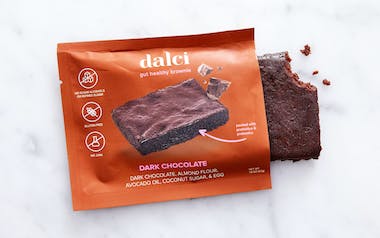 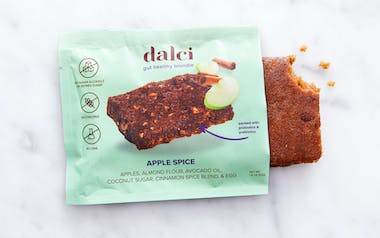 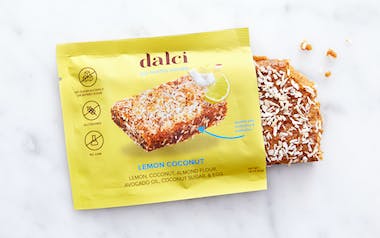