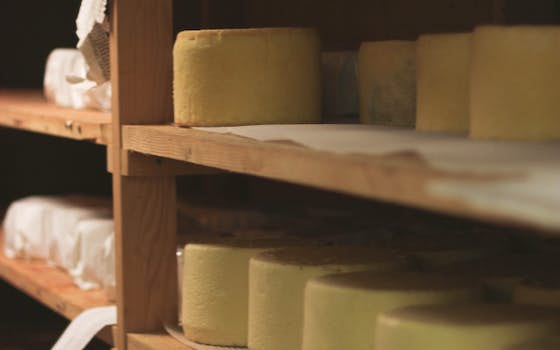 Bush Creek Creamery began as a mother-daughter venture processing leftover milk from a single cow that their 11-member household kept for its own consumption. It is now owned by 3 families in Deary, ID. The French, Salmeri and Alexander families live on the land along with their five Jersey heifers- Butterscotch, Carroty, Brie, Bluebell and Edna. The cows roam on 100 acres of pasture and provide the dairy with enough raw milk to make cheese for their community’s Co-op, restaurants and farmers markets. Though most people can’t name the cows that provide the milk for their cheese, Brush Creek Creamery can! They fall into the Small-herd Exemption, overseen by the Idaho State Department of Agriculture, which means three currently-lactating cows are all they’re allowed to milk. They also use milk from from Spokane's Family Farm because their cows don't produce enough to keep up with the growing popularity for their cheese. They won 3 awards at the American Cheese Society Conference in 2016 and are looking to expand their dairy to keep with with the demand for their lovely cheeses.