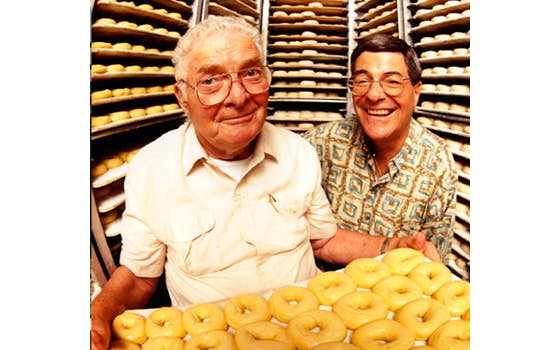 BROOKLYN BAGEL BAKERY was started in 1953, by Seymour Friedman. He rented space from Weitz’s Bakery, in the West Adams section of Los Angeles. He later took over the bakery at the 4658 West Adams Blvd., and Brooklyn Bagel Bakery came into existence. It has now moved to the current location at 2217 West Beverly Blvd. in 1965.

Brooklyn Bagel Bakery still makes bagels the traditional way by boiling them before they are baked. Although this method is more time consuming, Brooklyn Bagel Bakery feels that it is the only way to produce a product they are proud of to offer. This is a real bagel and not a roll with a hole.

There are some who insist that traditional bagels can only be made correctly with New York water. Their founder, Seymour Friedman, believed the opposite – that any bagel can be made anywhere correctly with the right attention to detail, ingredients and emphasis on quality. The nearly 60 years of continuous service to the Southland is testimony to his belief.